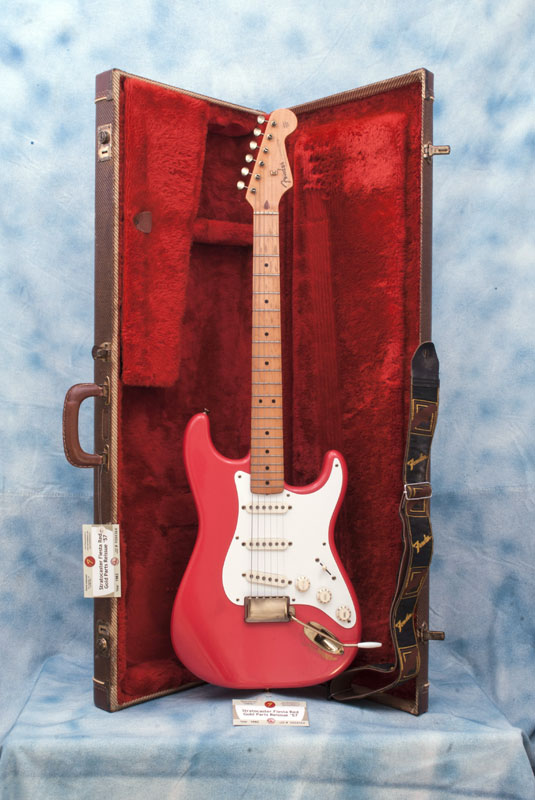 First year of production of the reissue series, it turns out to be of great reliability and versatility, so much so that the same David Gilmour, famous Pink Floyd guitarist, bought 4 units which he chose in the factory from about 100 specimens and which he still uses live.

On the handle appears the date of production written with felt-tip pen in the lower side and a stamp in block capitals recalling 1957 obviously to recall the example of ‘re-edition of that historical year’.

The fiesta red nitrocellulose varnish is applied on a black background and between 1982 and 1984 the case shows the tongue of the ‘duck leg’ drawer and the handle padding in the central seat only.

Series of guitars used since 1983 in many Pink Floyd live shows by Dave Gilmour.